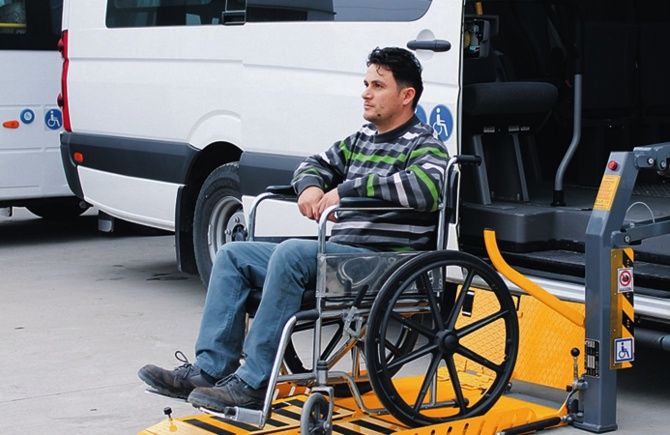 Düelsan reaches 30% of market with its disabled system

Turkey applied in 1974 after the duels entering the sector by producing military equipment embargo car, car after car rear truck began producing systems for the disabled. The company aims to stand out with its ease of use and space that it covers.

The obstacle he experienced in the sector led him to R & D and innovation. Düelsan, which was established as an electrical and electronics repair shop, first produced the back-of-the-road foklifts and then produced the disabled system which stands out with its ease of use and location. The company owns 30 percent of Turkey`s car was disabled in the market system.

Having benefited from the embargo space imposed by the United States after the Cyprus Peace Operation, Düelsan began producing generators, starter motors and alternators for military vehicles in 1975 in the electrical and electronics repair shop. After searching for the exit after the cheap Chinese goods entered the country in the 90`s, the company turned to the production of truck-rear forklifts after R & D. In 2005, the public transport system began to produce their disabilities that make it mandatory for companies Ministry, 30 percent of Turkey today has dominated the market. The place of disability and the ease of use make it easier for Europeans to pay attention to the disabled system.

Trade that forced 45 year periods of life, the company has completely sunk, but never the Chairman Duels said continuous output by calling undaunted Necati Dundar, to the point where today he said the following words: "Cyprus Peace Operation then applied by the United States to Turkey in 1975 Due to the embargo, we needed spare parts at home. At that time we built 3 brothers Düelsan. Especially when we are repairing generators, starter motors and alternators in military vehicles and vehicles used in construction sector, we found ourselves in production because of necessity. We started with the amateur spirit. We made our first export to USA in 1988 by improving ourselves. Ten years later, the cheap Chinese goods, as well as all the world was a blow to many sectors in Turkey. Of course we got what we got. Very low price products were sold in the market. At this point we focused on R & D work and started producing DLP branded fixed trucks behind the vehicle. Actually, Düelsan`s story started at this point. "

System shrunk to half

In 2005, the company took advantage of this vacancy after the introduction of the necessity of disabled lifts in many vehicles such as school services, public transport, patient transport vehicles. First, the company that innovated in the production branch, turned to the production of lifts carrying people instead of cargo-carrying lifts. The R & D work has produced a system that is easy to use and does not take up space in the vehicle. Dundar said that existing systems cause difficulties in terms of space and slow operation in vehicles. "We focused on this and produced a small, easy-to-use and fast-functioning product in terms of its coverage. At least 80 centimeters 120 cm platform is required for the wheelchair to fit in the system. The examples in the market are at this size. We produced a mini product that can fold in 40 cm by 60 cm and 20 cm in thickness. He was very involved. This product attracted the attention of Europeans, "he said.

It uses 80 percent of the domestic produce

Necati Dündar says that the fixed lift behind the vehicle produced with the DLP label is the same as the system made in Europe, "We offer the same quality, spare parts and service guarantee. We use 80 percent domestic parts in our production material. We are importing only a few components used in hydraulics. This product is compatible with all cargo-carrying vehicles such as truck, van and panel van. We can also sell more suitable fiash for producing at a lower price than in Europe ".

"TSE must authorize the manufacturer firm"

Dundar emphasized that bureaucratic obstacles were encountered during the installation of the disabled system in a special car, "TSE, serial modification and TYP approval is required for the vehicle. And it`s rising in cost. For the smallest change made for a single vehicle, you have to get 20 separate documents from TII. As unnecessary bureaucracy is applied, TSE is acting in a very cruel way by putting an unnecessary expense in every document. As manufacturer companies, TSE inspect us. And if you see fit, give us permission to make changes to the vehicle. Because of these costs and time-outs, people have to carry their relatives with disabilities. "